E-mail: This email address is being protected from spambots. You need JavaScript enabled to view it.

Permanent Mission of the LAO PDR to ASEAN

HongKong Special Administrative Region of the People's Republic of China

On Sunday morning, September 11, 2022, Lao Diplomats joined the Friendship Bicycle Ride to commemorate the 45th Anniversary of EU-ASEAN Relations, which was held by the European Union Commission in Hanoi. Senior Diplomats, on behalf of the Embassy of Lao PDR in Hanoi, visited and handovered the social assistance packages to local residents through provincial authorities in Xiangkhouang and Phongsaly provinces. This aids consist of clothes for elders, children and winter clothes for women. The donation was held in July 2022. 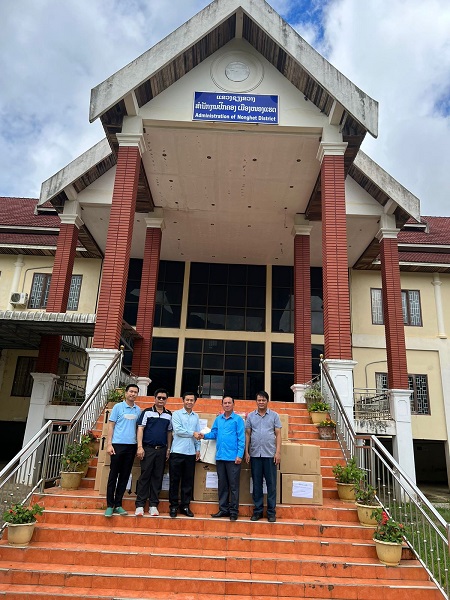 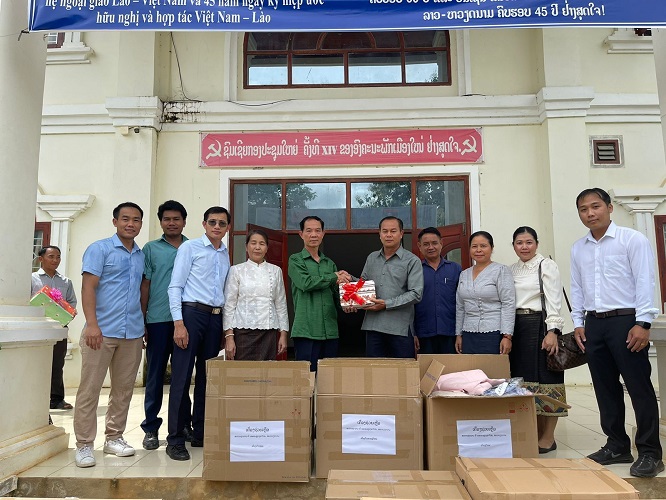 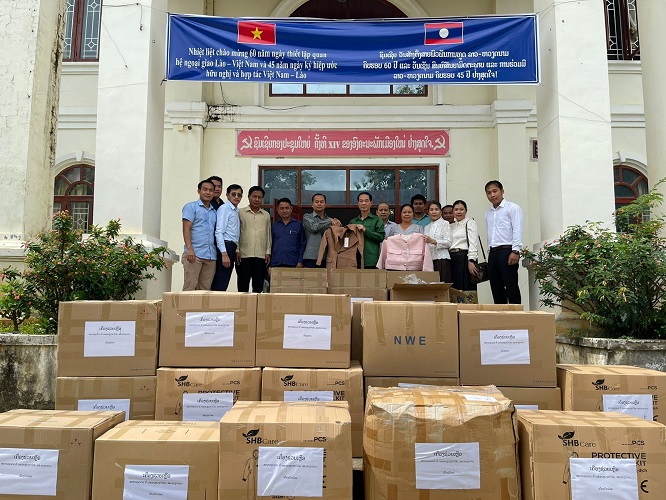 Diplomats and Staff from the Embassy of Lao PDR together with Lao students in Hanoi keenly contributed to cheer Lao athletes, particularly Lao National Soccer Team, in the 31st SEA GAMES held in Vietnam on 12-23 May 2022 Organizing an activity to celebrate the International Women’s Day and the Establishment of Lao Women Union, July 23, 2022

On July 23, 2022, the Embassy of Lao PDR in Hanoi organized a friendship activity to commemorate and celebrate the International Women Day and the Establishment of Lao Women union Day. In this occasion,  H.E. Mr. Sengphet Houngboungnuang, Ambassador Extraordinary and Plenipotentiary of the Lao PDR to S.R of Vietnam and his spouse also presented in the event together with diplomats, staff and students from numerous universities who joined the activity. The event was proceeded and concluded with friendship and solidarity atmosphere among participants. 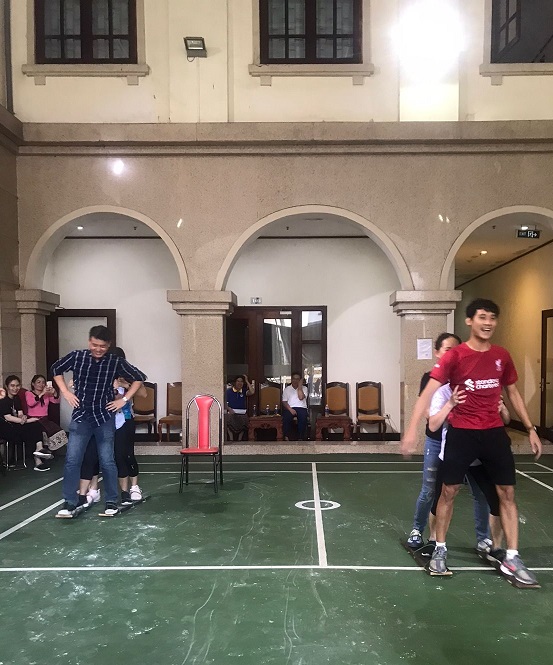 On the occasion of the 60th anniversary of the Establishment of Diplomatic Relations and the 45th anniversary of the Signing of the Treaty of Amity and Cooperation between Lao PDR and Vietnam. The Government of Lao PDR agreed to present the Laos’ National Gold Order and its first-class Freedom Order (Issara) to several senior Vietnamese leaders. The event was held at the International Convention Centre in Hanoi, on July 18, 2022.

On behalf of the Party and State of Laos, H.E. Mr. Bounthong Chitmany, Politburo member, standing member of the Lao People's Revolutionary Party (LPRP) Secretariat, Vice President of Lao PDR presented the National Gold Order – the highest distinction of Laos - to H.E. Mr. Pham Minh Chinh, Prime Minister, and H.E. Mr. Vuong Dinh Hue, Chairman of the National Assembly of Vietnam. He also awarded the first-class Issara to 11 Vietnamese officials who are Politburo members and Secretaries of the Communist Party of Vietnam Central Committee in the 13th tenure.

H.E. Mr. Bounthong Chitmany affirmed that this is a worthy reward for their great contributions to preserving, cultivating and strengthening the great friendship, special solidarity and comprehensive cooperation between Laos and Vietnam.

Procedure for Starting a Business in Lao PDR

One Stop Service Guidebook for Investment in Lao PDR

Notification of Extended Implementation of Measures on Preventation, Control and Response to the COVID-19 Pandemic in Vientiane Capital during 1st-15th October 2021

Procedural Advisory on Documentation and steps required for seeking authorization for entry and exit of Lao PDR during the implementation of measures to prevent, control and respond to the COVID-19 pandemic.